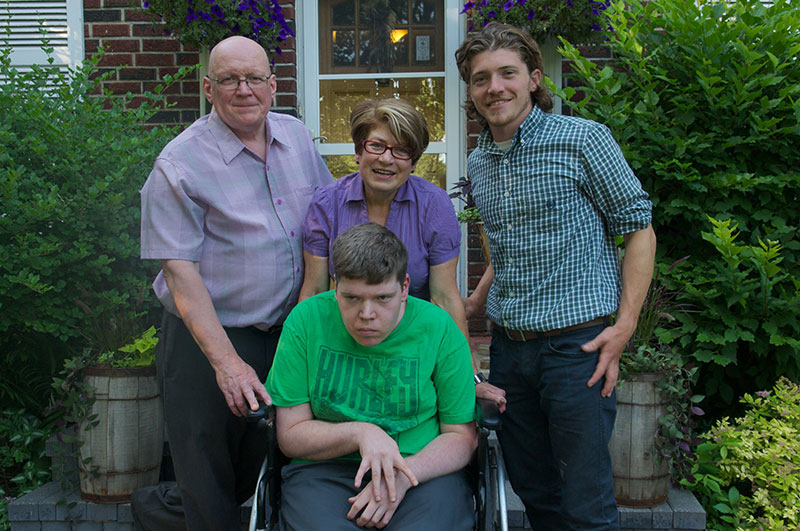 Judy Wasylycia-Leis wants to fight for you as mayor and make Winnipeg A City That Works.

It is a new job but a role that she is familiar with and embraces.

For nearly three decades, Judy has worked to make Winnipeg a better place to live as a provincial cabinet minister, a federal Member of Parliament and a tireless community activist and organizer.

She has rolled up her sleeves alongside her neighbours to protect essential services in Winnipeg’s North End such as banking and mail pickup. She has also been involved in high stakes negotiations as an opposition finance critic to secure funding in the federal budget for services that Winnipeg families need.

Whether she is working on meat and potatoes issues or influencing the fiscal direction of the country, Judy has been an advocate for hard-working Winnipeggers and has never forgotten the people who gave her the honour of serving them.

Born and educated in Ontario, Judy and her husband Ron moved to Winnipeg in 1982 and bought a house on Bannerman Avenue where they still live and where they raised their sons Nick and Joe.

Judy fell in love with Winnipeg because it is a warm, generous, talented and diverse community that pulls together in times of crisis as well as celebration.

Judy and Ron have been recipients of that warmth, compassion and support. Their first son Nick was born in 1984 with a rare disability that results in frequent seizures and an intellectual disability.

Although Judy was already involved in public service, her family’s journey with Nick demonstrated the need to ensure that governments at the provincial, national and local level provide services to people who need them.

In 1986, she was elected as MLA for St. Johns and was appointed to cabinet.

While in cabinet, Judy introduced Manitoba’s first freedom of information act and started the Community Places program, which to this day provides funding and planning assistance to non-profit community organizations for facility construction, upgrading, expansion or acquisition projects.

While in Opposition, she introduced a private-member's bill to prevent solvent abuse and campaigned against cuts to child care.

While in Parliament, Judy built a national profile as health and finance critic, especially working with the late Jack Layton during the Liberal minority government from 2004-06 for changes in the federal budget that resulted in new investments in public transit, housing and training.

Fighting For Her Community

She is most proud of her work serving her Winnipeg neighbourhood. She brought attention to the closure of bank branches in Winnipeg’s North End and worked with community members to convince the Assiniboine Credit Union to open a branch in the area. She also fought hard to halt a Canada Post policy that would have resulted in the removal of red boxes in the North End where people drop off their mail for delivery. These issues don't grab headlines, but they are vital to the quality of life for people in our community.

In 2010, Judy entered a new chapter of her life. Along with many Winnipeggers, she had grown concerned with the state of city leadership. She witnessed the crumbling of streets, a deterioration of services and a lack of openness and transparency from the mayor and members of his executive policy committee.

Calling on Change at City Hall

Judy wanted to do something about it. She resigned her seat in Parliament and announced her intentions to run for mayor, even though it is rare for an incumbent to be voted out of office.

In spite of a hard-fought campaign where Judy offered innovative and groundbreaking ideas, and received the support of more than 90,000 Winnipeggers, Judy finished second to incumbent Sam Katz.

Since 2010, she has immersed herself in community service.

Through her community work, she has heard from Winnipeggers that the issues she identified in her first run for mayor have only gotten worse and leadership at City Hall has become even less open and responsive to the needs of citizens.

As a result, she is once again running to be mayor of Winnipeg.

Judy knows this is a great city and great things are happening every day in spite of, not because of, the leadership at City Hall.

Just imagine what we could accomplish with a mayor like Judy on our side, fighting for us.