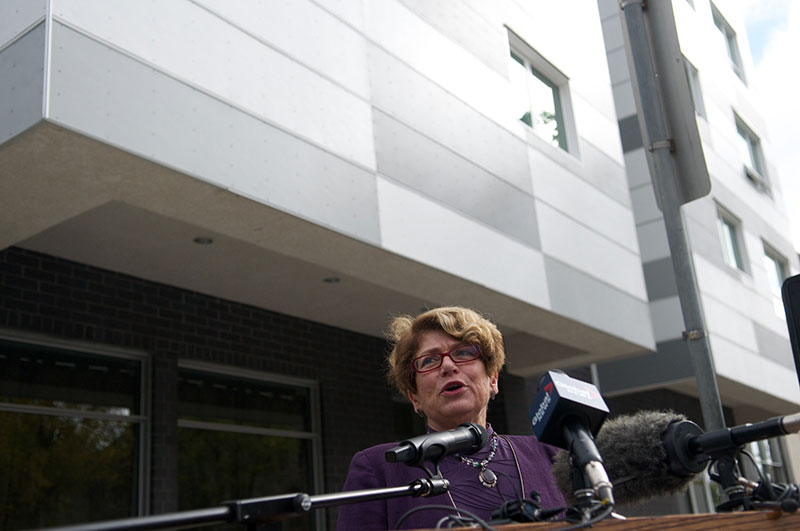 Judy Wasylycia-Leis today announced she will make Winnipeg A City That Works by developing a comprehensive housing strategy that builds partnerships and takes advantage of the tools City Hall has its disposal.

“Our plan will enable the private and not-for-profit sectors and other levels of government to leverage more value for their investments,” said Wasylycia-Leis. “Together we can improve access to affordable and social housing while taking on more complex issues such as homelessness.”

Under Judy’s plan, the city’s housing strategy will include:

"We need to take an active role in developing policies that give households of all income levels a variety of options. Other cities across Canada such as Calgary, Vancouver, Edmonton, Regina and Saskatoon have well developed action plans," said Wasylycia-Leis. “It is time for Winnipeg to catch up with other western Canadian cities.”

Judy said many of the ideas for her housing strategy come directly from the Right To Housing Coalition as well as the OurWinnipeg plan. This plan will complement the province’s plan to build another 500 affordable and 500 social housing units over the next three years.

"While Winnipeg remains a relatively affordable city when it comes to housing, it has become a challenge for many households of modest income levels. We need to ensure that all Winnipeggers have access to affordable housing to make Winnipeg A City That Works,” said Wasylycia-Leis.