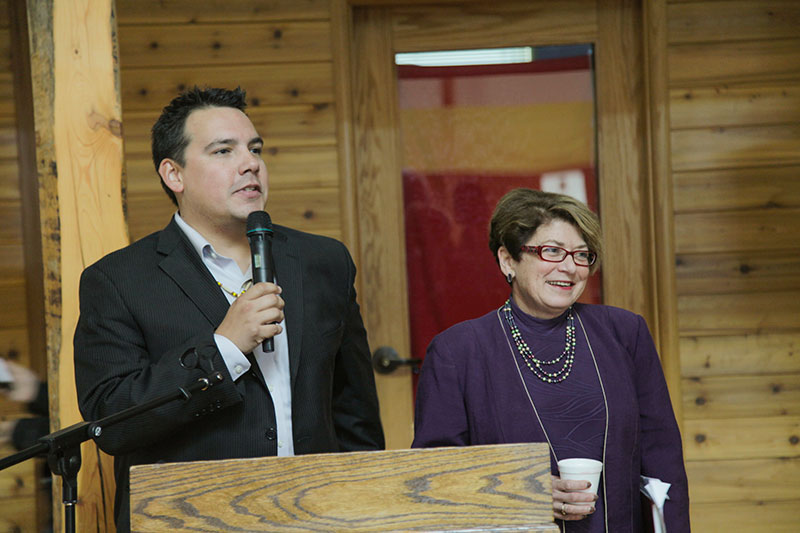 Judy Wasylycia-Leis today committed to a new relationship between Aboriginal peoples and City Hall if she is elected mayor to ensure Winnipeg is A City That Works for all of its citizens.

“We need to move forward in a spirit of mutual respect that acknowledges our shared and broken history, recognizes the challenges of the present and embraces the opportunity for a better future," said Wasylycia-Leis.

Within the first 100 days of being elected, Judy will establish the Aboriginal Vision and Implementation Roundtable. The roundtable will be chaired by Judy and a senior representative of Winnipeg’s Aboriginal community and will include Aboriginal and Non-Aboriginal business, community and labour leaders.

Within a year of its inception, the roundtable will develop an Aboriginal accord focusing on four priority areas including:

Jobs: Build on social enterprise programs such as BUILD, the Social Enterprise Centre, Inner City Renovations and Manitoba Green Retrofit and seek partnership with the private sector to identify training, apprenticeship and other opportunities for meaningful long-term jobs.

Recreation Services: Establish a 24/7 community centre and work with existing Aboriginal organizations such as the Winnipeg Aboriginal Sports Achievement Centre to enhance their capacity to deliver recreational programming.

Safety: Work to ensure that the Winnipeg Police Board takes a central role on the issue of missing and murdered Aboriginal Women and Girls, as requested by the Chief of Police, while working in partnership to create safe places for women to go when they are at risk of violence.

Housing: Work with other levels of government who fund housing and use tools the city has at its disposal such as Tax Increment Financing and zoning options to ensure a full range of housing options for Aboriginal people.

The roundtable will continue to meet regularly following approval of the Accord to play a guiding role in ensuring its long-term success.

It is estimated that nearly 100,000 Aboriginal people will be living in Winnipeg by 2020. This presents an opportunity to build upon the rich and vibrant Aboriginal cultures in this city and also recognizes the responsibility to ensure that Aboriginal people are full partners in civic life.

“Through the creation of the Aboriginal Relations Division and the implementation of the City’s Aboriginal Youth Strategy, some positive progress has been made,” said Judy. “But this approach can be much stronger with a broader vision and mandate. I am committed to moving forward with that mandate in partnership with the urban Aboriginal community.”